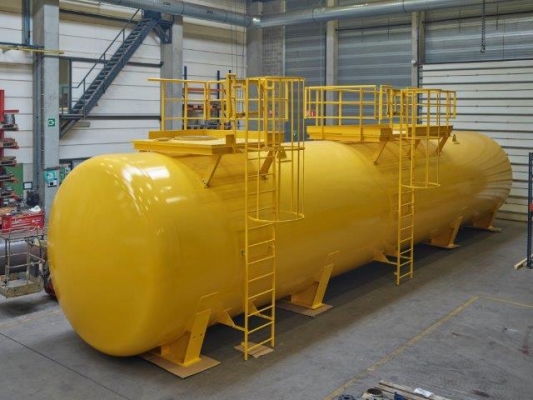 A sump tank is a holding tank where all the waste produced at sea is collected. The waste that used to be simply discharged into the sea is now collected and brought ashore without polluting.

This sump tank is double walled (stainless steel and steel) and built according to standards EN12285-2 - ASME VIII - EN 1993-4.It also complies with finishing standard P3.