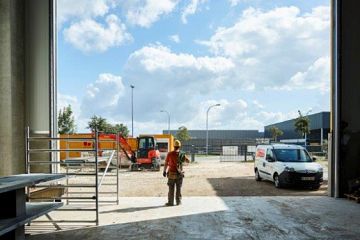 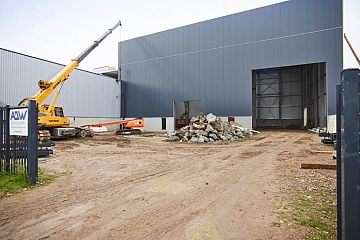 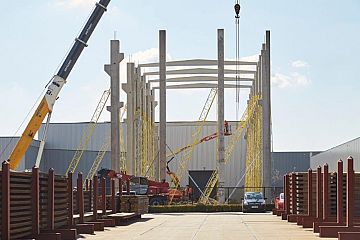 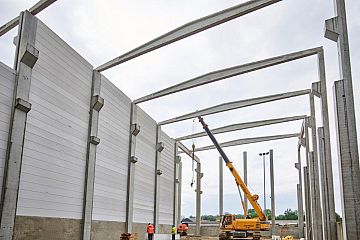 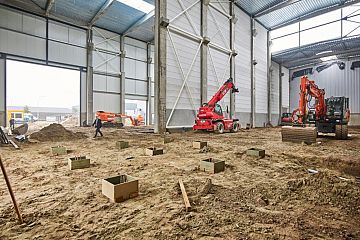 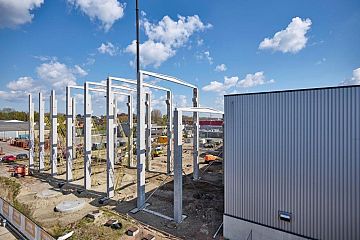 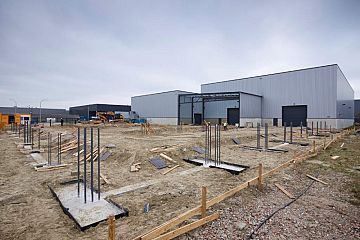 End of January 2017: the extension is officially put into use and the occasion celebrated with an "open workshop" day for our customers. Only the exterior finish (curing, landscaping) needs further treatment.

August 2016: Building is weathertight and the concrete floor is poured; part of the building is already in use.

June 2016: Concrete floor, domes, gates and doors. By the end of June the building is weathertight.

May 2016: Work on roof and side plating starts.

April 2016: Some of the newly acquired overhead cranes due to move from the existing section to the new extension are relocated. Positioning of concrete piles.

December 2015: The decision is made to expand the workshop by 1680 m2. A first design is created: the pickling hall must go, because it will be moved to the back of the building.

The 2016/2017 extension has the following characteristics: